Accredited “A” by NAAC

Accredited “A” by NAAC 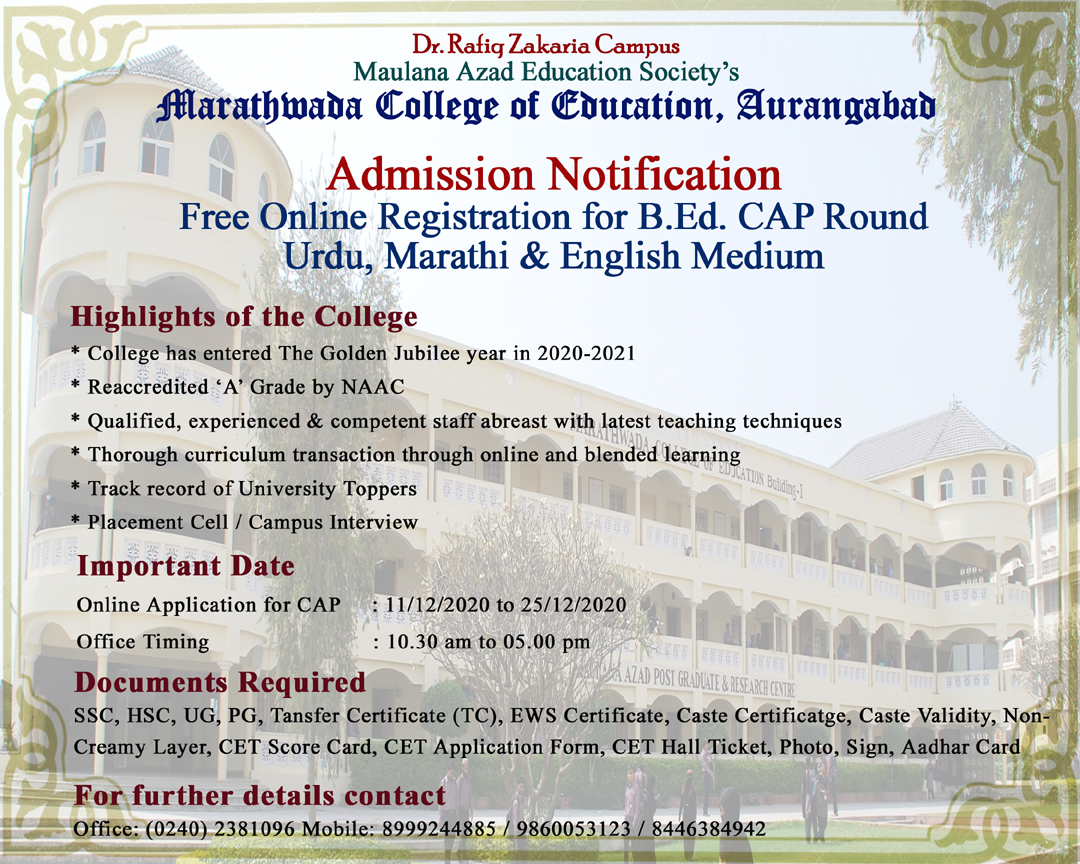 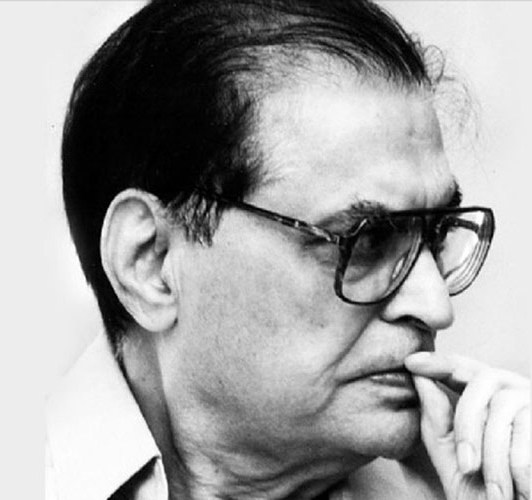 Our Founder And Inspiration

The late Dr. Rafiq Zakaria, Founder and Chairman of the Maulana Azad Educational trust for over 40 years, a noted educationist, scholar-politician and author of international repute was also known as the architect of modern Aurangabad. Among his varied notable achievements, some can never be forgotten.

His untiring efforts brought water to the city of Aurangabad through the Jayakwadli Dam Project in Paithan. He developed a new industrial area and established CIDCO whereby a new township came into existence called New Aurangabad.

Thus his grand vision for Aurangabad began to come true, for soon thereafter, the city was recognized as one of the fastest growing cities with the highest industrial growth potential.

Rafiq Zakaria passed away on July 9, 2005. He was laid to rest in a pristine white mazaar, an ode in marble, a few paces inside the Gate of Knowledge, Baab- Ul-Ilm, which is the main entrance to the Campus Dr. Rafiq Zakaria Campus today stands testimony to the enduring efforts of our visionary mentor. The ever enduring aura of the presence of the founder inspires every person associated with the Campus to achieve results both efficiently and effectively in every field of activity.

Rafiq Zakaria passed away on July 9, 2005. He was laid to rest in a pristine white mazaar, an ode in marble, a few paces inside the Gate of Knowledge, Baab- Ul-Ilm, which is the main entrance to the Campus Dr. Rafiq Zakaria Campus today stands testimony to the enduring efforts of our visionary mentor. The ever enduring aura of the presence of the founder inspires every person associated with the Campus to achieve results both efficiently and effectively in every field of activity.
Dr: Zakaria’s contribution to education has been immense and of everlasting mettle. He founded schools, colleges and institutes in Aurangabad (and in Bombay as well) in fields where these were most needed. He established a women’s college in the heart of the city, for girls who could otherwise not have been able to go beyond school education. Today over 2,000 girls study the arts and the sciences and graduate from our Campus II to take challenging careers so as to take their rightful place in society.
The great crusader of secularism and modern reform also ensured that his institutions remained free of communal bias.
He was Chancellor of the Jamia Urdu, Aligarh for over 25 years 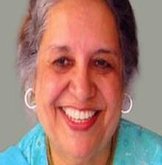 Mrs. Fatma Rafiq Zakaria is now Chairman of the Maulana Azad Educational Trust and President of the Mulana Azad Education Society, Aurangabad.
As Managing Trustee of Maulana Azad Educational Trust, Mrs. Fatma Rafiq Zakaria worked hand-in-hand with the late Dr. Rafiq Zakaria as the Trust grew from strength to strength. New buildings, infrastructure, quality in every aspect and development of each institute taking each one forward are the hallmark of Mrs. Zakaria’s contribution to Dr. Rafiq Zakaria Campus and a glowing tribute to the memory of the great scholar-politician, educationist and crusader for secular values. The inspiration to create a world-class campus is observed in every aspect of operation in the Campus.
In recognition of her sterling contribution to education and literature, the President of India has conferred on Mrs. Fatma Rafiq Zakaria, the prestigious Padma Shri award in January 2006. In a nation that is growing with rapid strides, gaining respect as a global player for its capability; human potential, collective strength and steadfast determination, the Trust wishes to make a significant contribution by educating youthful citizens with a drive to emerge as future leaders 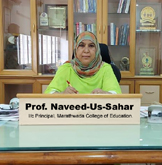 FROM THE DESK OF THE IC PRINCIPAL

I consider it a great honour and privilege to take over as the I/C Principal of Marathwada College of Education, which is a premier institute with a glorious past and a symbol of quality Education with a track record of exemplary results. At the outset I would like to pay my humble tributes to our Founder Chairman Late Dr. Rafiq Zakaria and our President Late Madam Fatma Zakaria. Dr saabs incessant and untiring efforts to establish institutions with quality Education in Aurangabad has been educating masses of Muslim community. Madam Fatma Zakarias contribution to up keep and promote the standard of quality education in these institutions is unparalleled. One of the most powerful tools for empowering individuals and communities is making certain that any individual who wants to receive a quality Education can do so. We cannot as a country, improve economically, socially and culturally without quality Education. Economic prosperity and quality Education of our children are inexorably linked. By providing every student with a quality Education, and the materials they need for class and to do their homework, we can help students from all backgrounds to learn and thrive. But the fact is, no matter how good the teacher, how small the class, how focused on quality Education the school may be, none of this matters if we ignore the individual needs of our students. As an educator myself, and a teacher educator in particular, I understand the profound effect that good teachers and a quality Education have on the lives of our young people. Hence Marathwada College of Education has in its 50 years of glorious past shouldering the responsibility of producing quality teachers for English Marathi and Urdu medium schools. The college is in its Golden Jubilee year, and due to the ensuing Covid19 Pandemic we are being restrained from carrying our Golden Jubilee Celebration Activities. Nevertheless, we hope to complete them once the conditions become favourable. This year has been quite uneasy for all of us. Many of our students find it difficult to access online learning, particularly those from rural areas .But the college had taken all the efforts to reach its students through innovative learning techniques and had been able to complete a thorough curriculum transaction both in terms of content and methodology May the Almighty Allah give us courage and perseverance to proceed ahead with the same zeal and work tirelessly to make the dreams of Dr Saab and Madam come true. 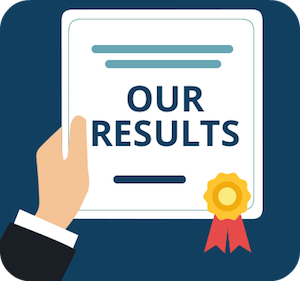 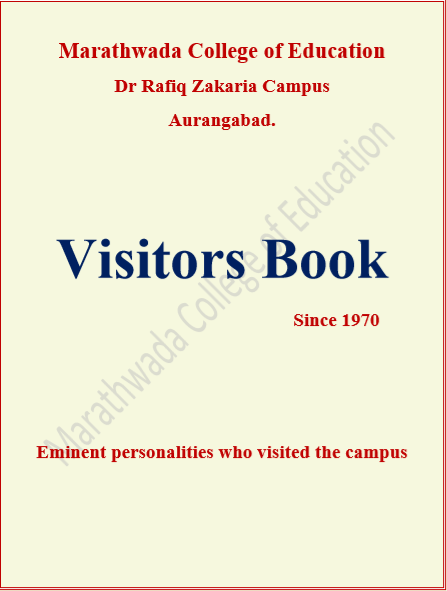 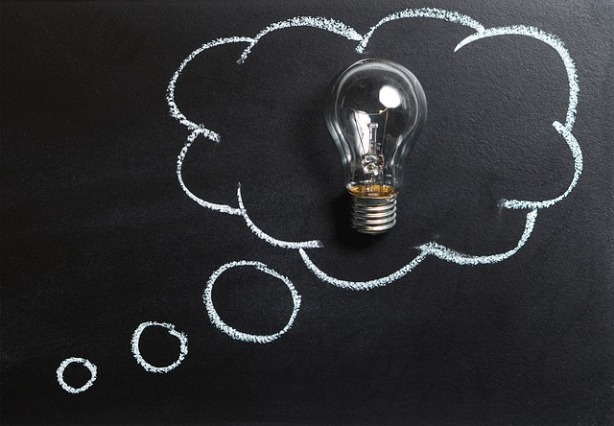 Marathwada College of Education has always strived to be the Centre of Excellence by providing world class ‘Teacher Education’ to students from all sections of the society.idea 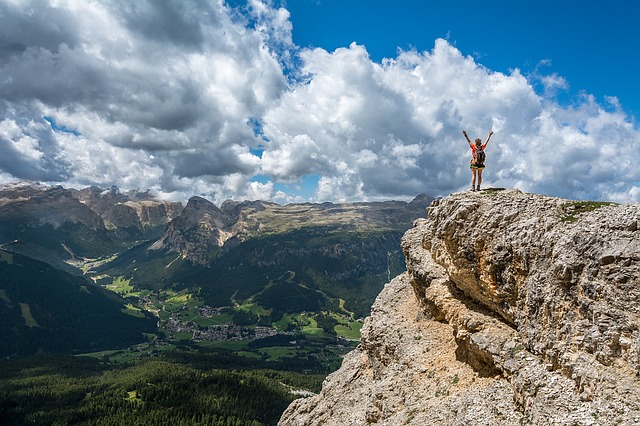 Marathwada College of Education envisages to impart quality training with commitment to excellence. The college endorses to impart value added education with efficient and competent man power, excellent infrastructure and innovation in teacher training and research programmes in order to generate globally competitive and skilled teachers, researchers and thorough professionals.

To train and equip teachers at all levels, to achieve excellence and develop all round meritorious professionals, to meet global challenges.

⦁ To train and develop integrated and effective teachers with the highest level of excellence.
⦁ To organize advanced studies and promote research in education.
⦁ To provide cultural, secular and ethical values and foster in students the spirit of National Integration.
⦁ To achieve the objective of secularism by promoting literacy and wisdom among students
⦁ To carry out social services through extensive activities and hence pave the way for self-empowerment and develop dignity of labour.
⦁ To inculcate innovation and research aptitude among prospective teachers and bring them into the new realm of education technology.